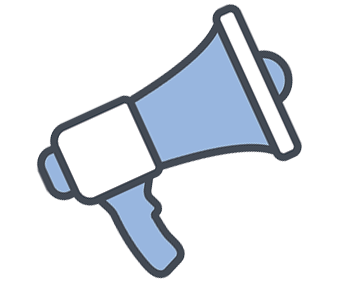 A global manufacturing company was paying IT placement fees and recruiting for more than 60 divisions independently. Openings were often duplicates of what other divisions had open at the same time and posted on the same sites, causing candidates to become confused as to what openings were with which group. IT candidates were in greater demand and the number of fees being paid was increasing.

A complete IT Recruitment Process Outsourcing (RPO) solution was proposed and accepted. An IT recruiting site was created, an Applicant Tracking System (ATS) was implemented, and Administrative functions, including interview scheduling, were implemented with all functions in an off-site model. All IT openings were moved through the RPO, openings were input into the ATS. They were also posted to the IT-specific site, and all recruiting functions were completed by the RPO through the offer stage. The cost-per-hire for the multi-year engagement was reduced by more than 50 percent, while the number of hires was increased, and the time to fill was reduced from more than 90 days to 45.

An international telecommunications company had a short-term need to hire hundreds of new IT employees to staff a new business division. Foxhound implemented a Recruitment Process Outsourcing solution that blended sourcing, recruiting, administration, and self-service. The solution expedited the recruitment process, resulting in a reduced cost per hire of 70% as compared to an in-house solution.

A global consulting company needed to better maximize the use of their Application Tracking System through training and process improvements. Foxhound designed and implemented an ATS process that blended the client’s needs with best practices to automate the necessary steps and reduce manual action. Training classes were provided to the corporate training group, leading to improved outcomes.

A manufacturing company was paying IT placement fees while recruiting for more than 60 divisions. The job openings were often duplicated, causing candidate and internal confusion. Foxhound implemented an IT Recruitment Process Outsourcing solution, and Applicant Tracking System, that reduced the cost per hire by more than 50 percent, cut recruitment time in half, and dramatically improved recruiting efforts.

A financial services company needed to implement a Vendor Management System (VMS) to manage hiring needs. Foxhound evaluated the requirements of their existing system and determined that the existing Applicant Tracking System already contained a VMS. Foxhound implemented the VMS functionality within a week, negating the need for a new ATS system while saving money and time.

A technology outsourcing company was tasked with reducing hiring fees for 1,000+ new employees per year. Foxhound recommended an on-site staff model for the client. A  global recruiting management system (ATS) using vendor scorecards and stricter hiring methods was implemented, augmented by an Agency hiring model for hard-to-fill positions. The solution saved the firm over 60% in hiring costs in the first year.

A global sporting goods manufacturer purchased a division and needed to hire IT to staff the new division while legacy staff handled regular recruiting needs—all during a short timeline. Foxhound implemented a blended on-site, off-site talent acquisition methodology that complemented the existing recruiting model while delivering lower recruiting costs for the new IT hires—on time and at the desired cost.

About Foxhound
The Foxhound Team
News

Recruiting Solutions Tailored to Your Mission